Tensions over slavery, state's rights, and westward expansion eventually led to the war between the states. The Civil War began with the Confederate attack on Fort Sumter ion April 12, 1861 and ended on April 9, 1865 when General Robert E. Lee surrendered. After the Union victory, a period of Reconstruction began, lasting until 1877.

Click on maps to link to source and zoom in on details. 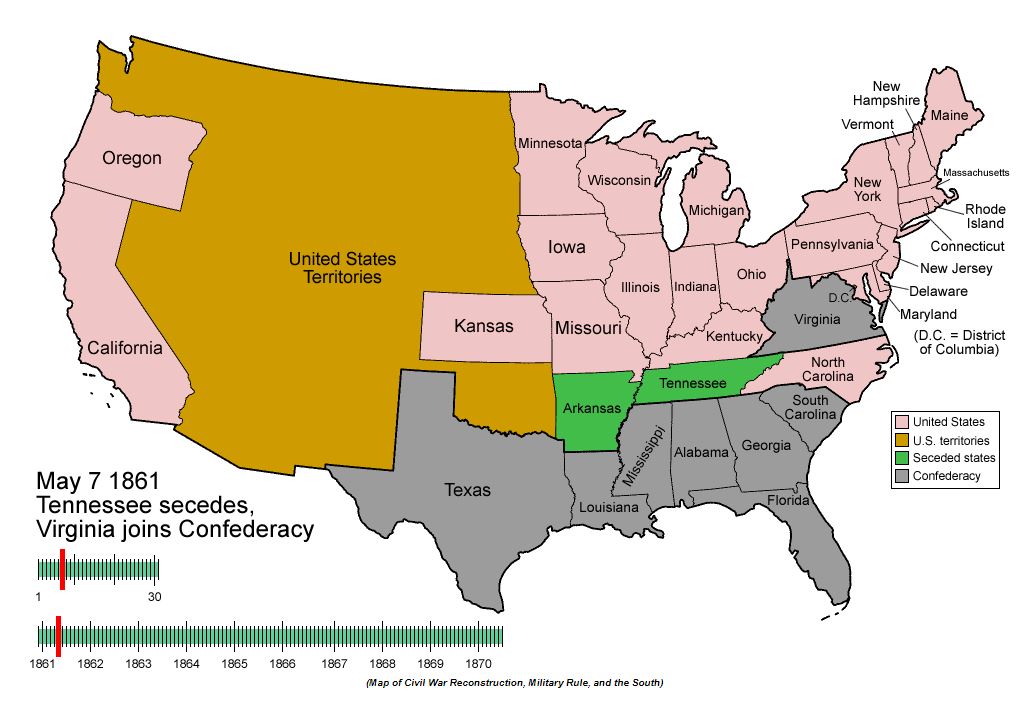 Pre-Civil War United States, 1860
A map of the United States in 1860 showing the states and territory boundaries at the time, and is color–coded to show the slave States and distribution of slaves, the free states, and the territories, all open to slavery under the Compromise of 1850 (under the decision of the Supreme Court and under Southern claims that slavery should exist until status should be fixed by state constitution, pending the statehood of the territory). 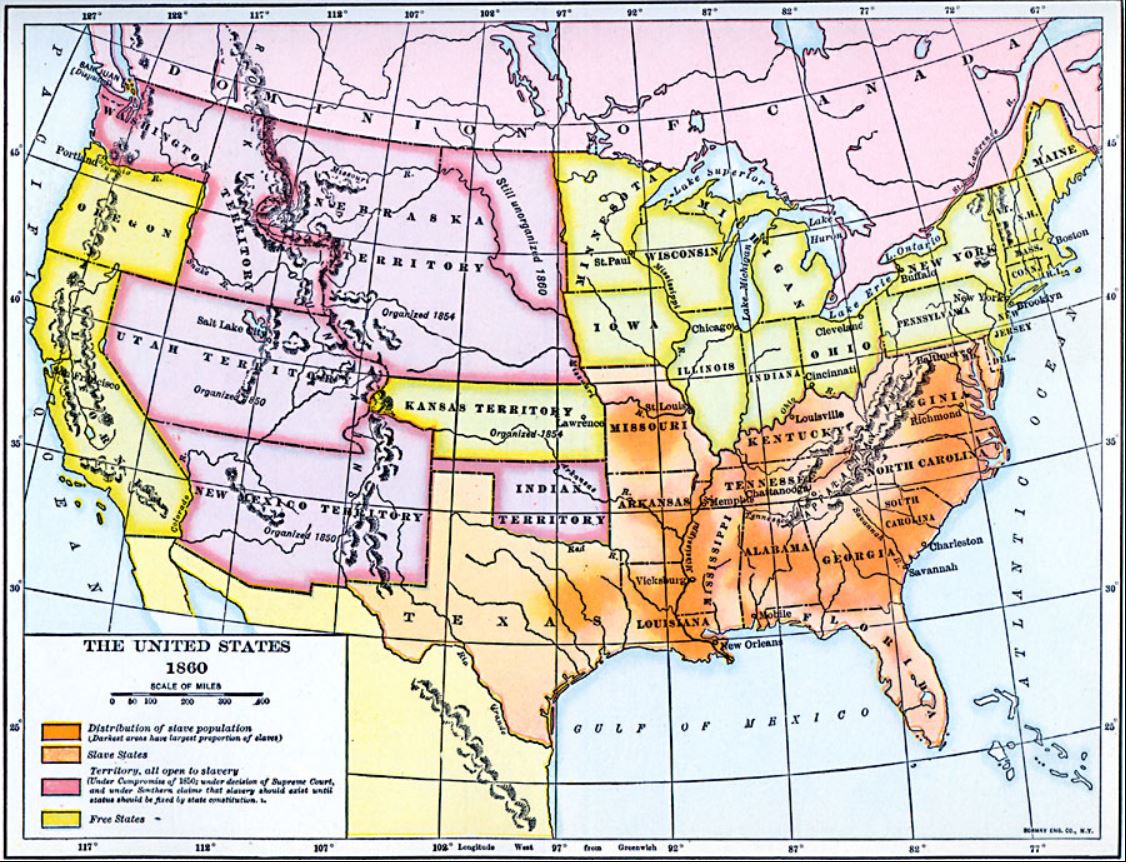 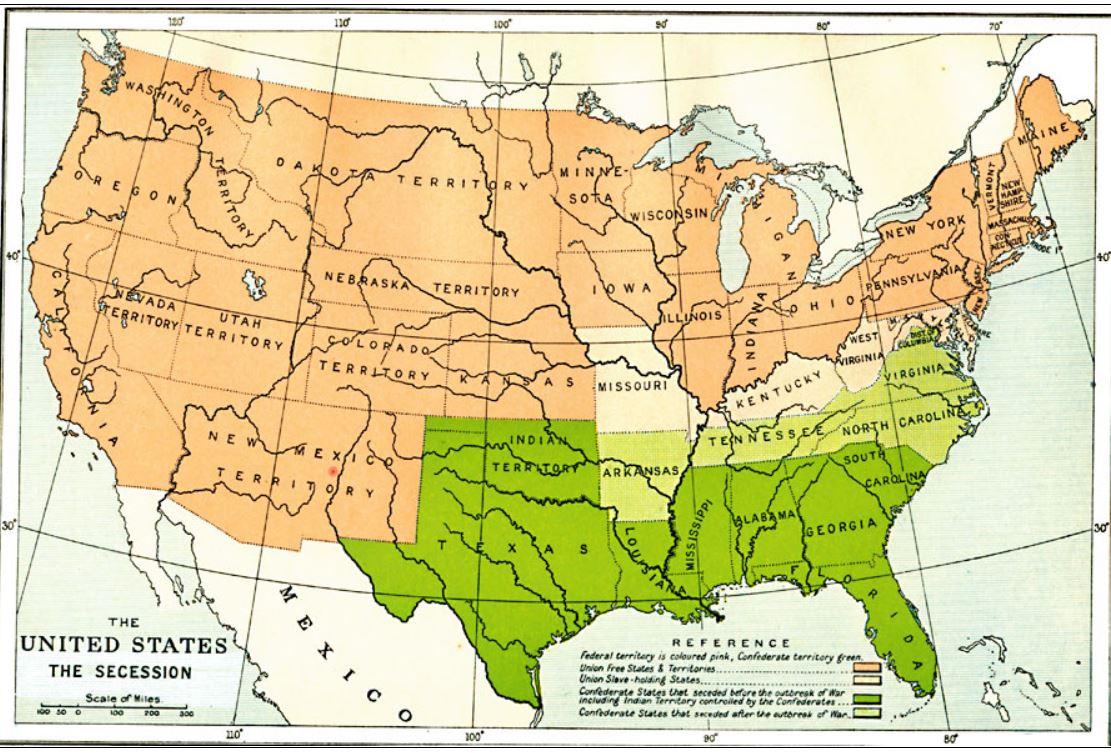 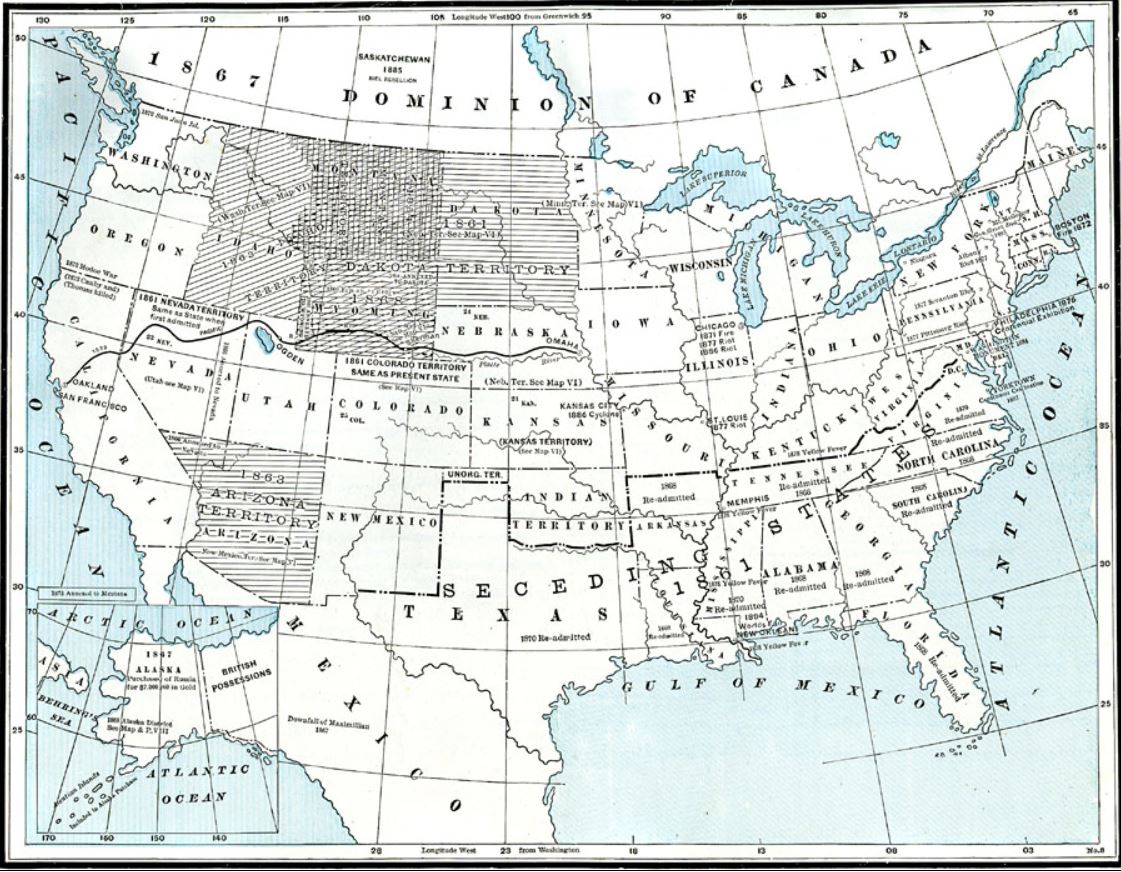 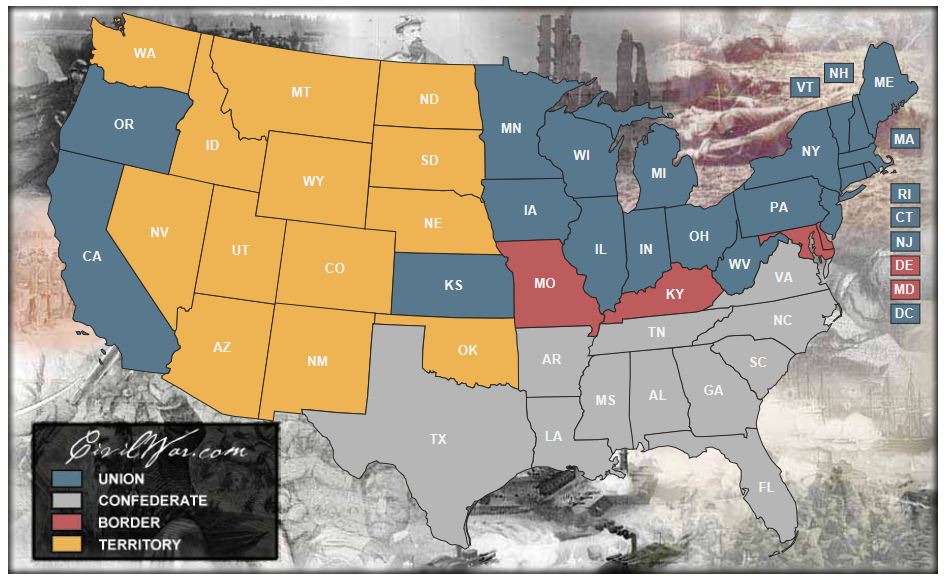 The Entire Civil War Animated Map, April 12, 1851 - May 9, 1865
See the entire Civil War unfold, from Fort Sumter to Appomattox and beyond.
Click on map to access animation 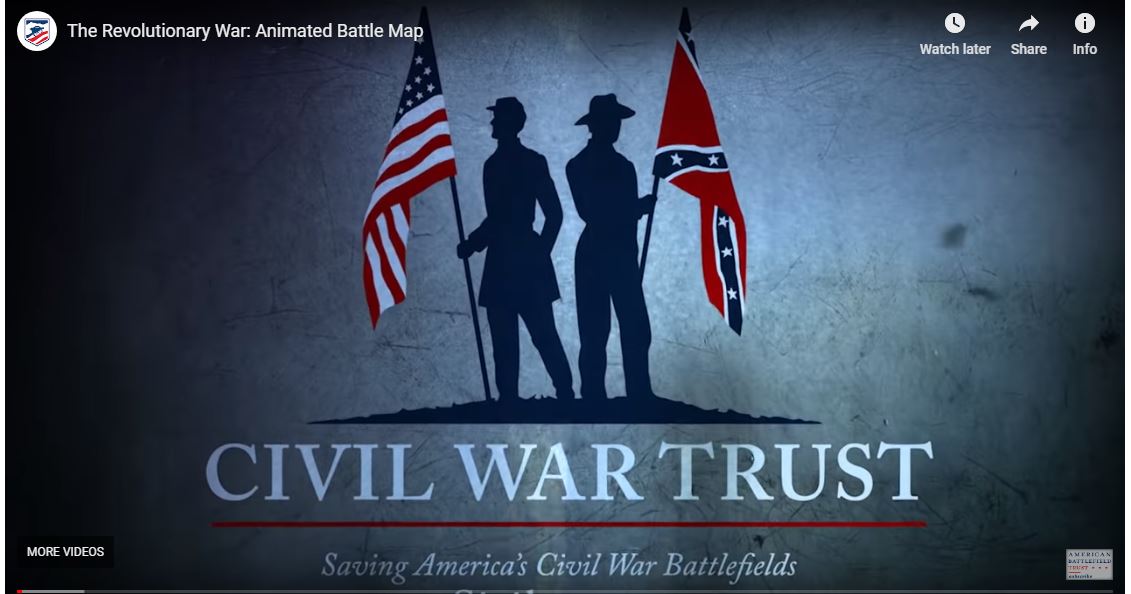 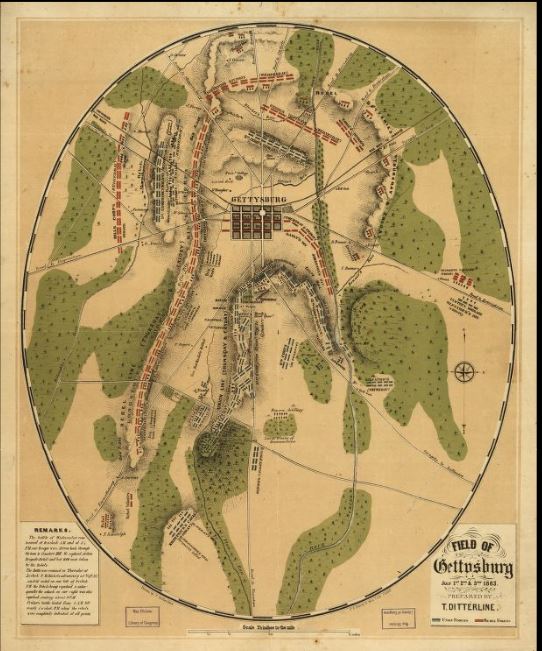 Military Districts in the South: 1867
Congress assigned the ary to oversee the creation of non-discriminatory state governments in the former Confederacy.  Virginia was treated as a special case and constituted a supervisory district of its own. Tennessee, which had ratified the Fourteenth Amendment, was ot subject to the Reconstitution Act of 1867. 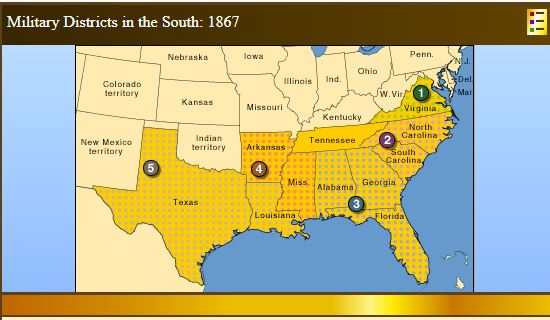 Duration of Radical Governments in the South, 1865-1877
The Reconstruction Act of 1867 prepared the way for bi-racial governments in the former Confederacy.  While under military supervision, the Confederate states drafted new constitutions permitting African Americans to vote. As these were recognized, states were readmitted to Union.
Click on map to start interactive timeline. 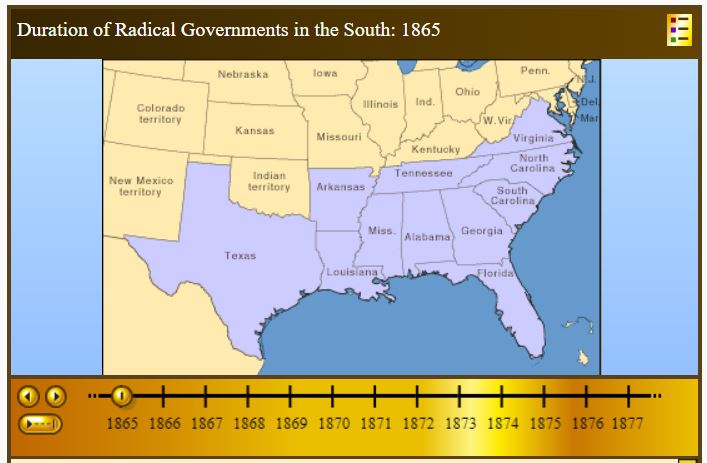