Maps of America during the pre-Columbus era are scarce as America was largely unknown and unexplored, except by the natives who lived there.

Click on maps to link to source and zoom in on details.

Discovery of North America
Shows routes of principle voyages to the  New World between 985 and 1791. Three of these predate Colmbus.

Click on map to go to source, then click again to enlarge so that labeling can be read clearly 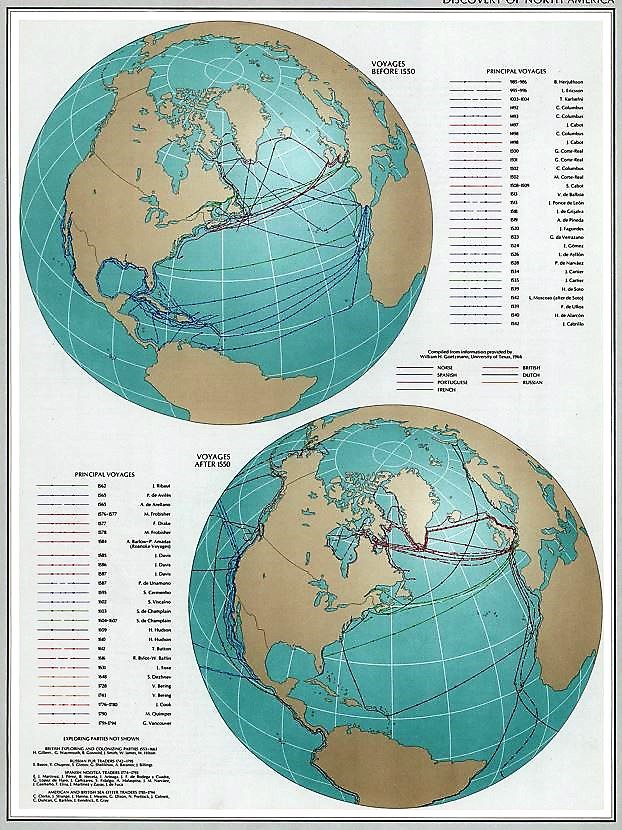 Paleo Period, Changes Over Time: 10,000 BCto 1200 AD
The nomadic lifestyle prevails everywhere, humans subsisted by hunting (of larger animals, including mammoth), gathering, and fishing. There is no evidence of permanent habitations or of agriculture.

Click on map to go to source, then drag time line to see changes over time. 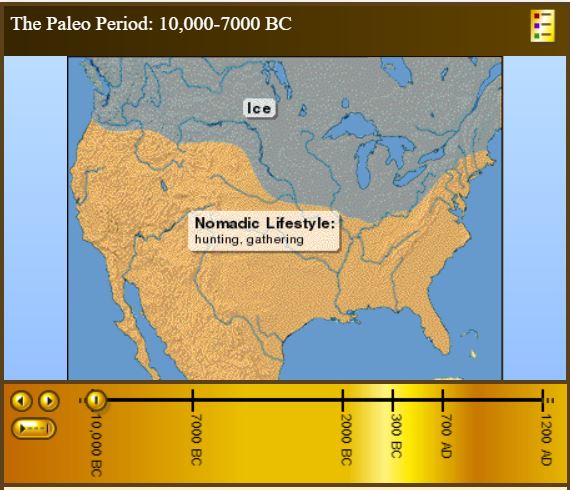 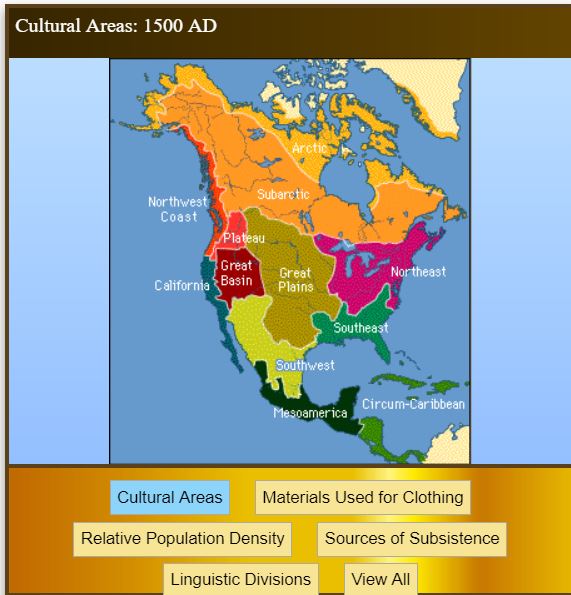 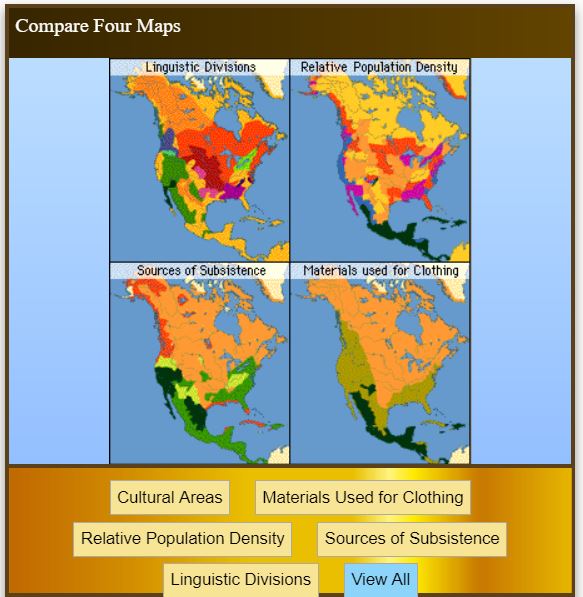 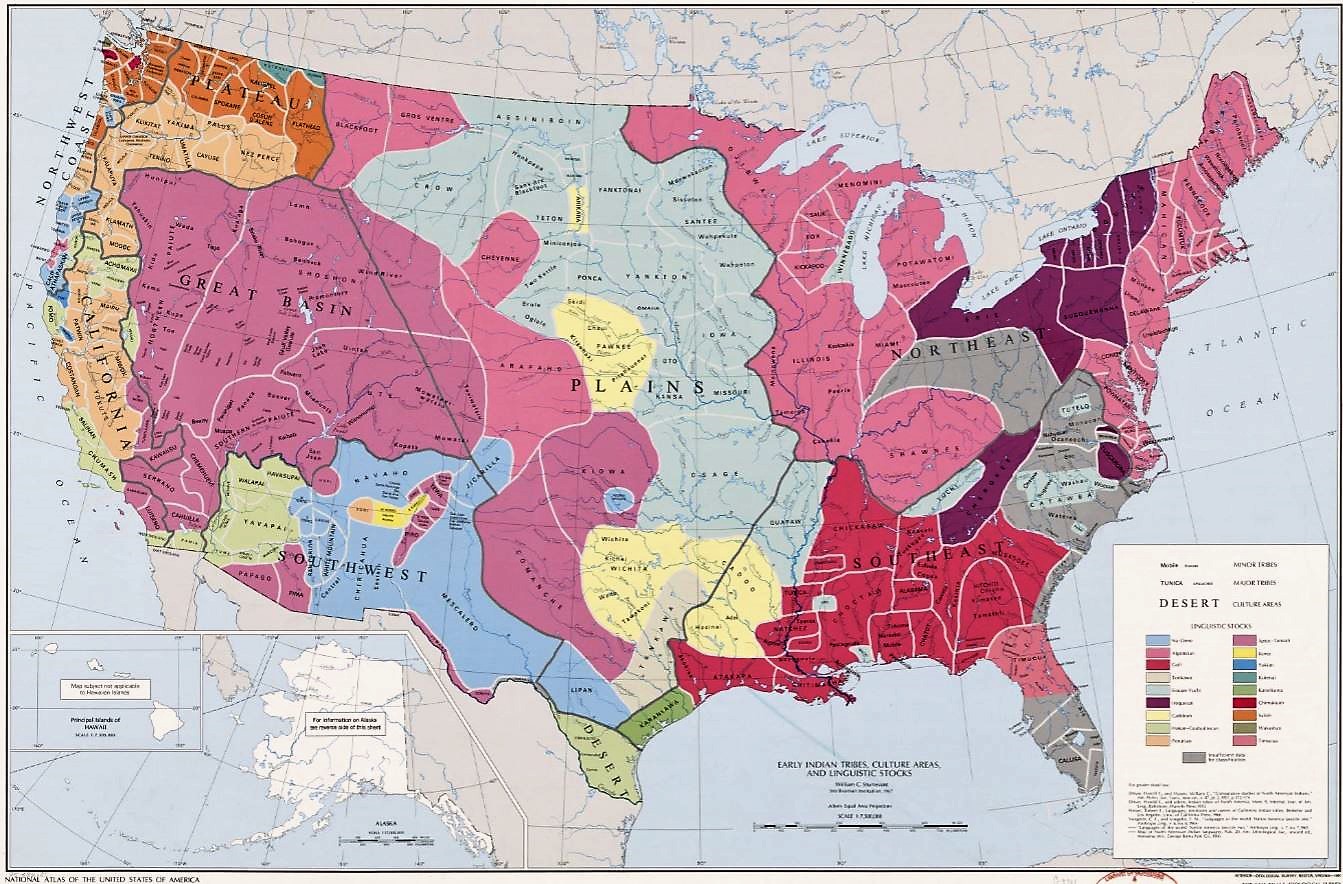 Vinland Map of the world, circa 1434, depicts a potion of North America explored by Leif Eriksson. See detail on smaller map  below. 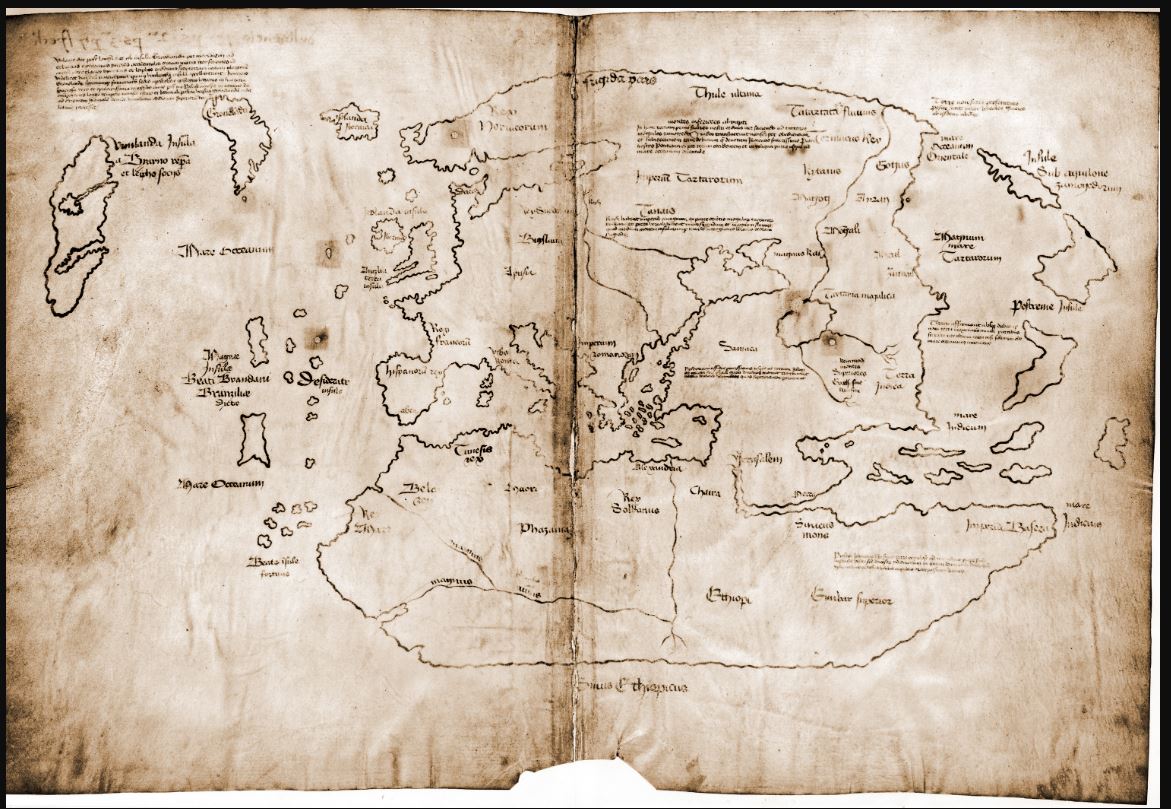 This map by Henricus Martellus may have guided Columbus. It is undated but is thought to have been published in 1491. America was unknown at the time, so the map depicts Asia, Africa, and Europe. When Columbus landed in the Bahamas, he thought he was instead near Japan, which coincides with Japan's location on the map. Though badly faded, new techniques made it possible to read hundreds of place names. The original map is 6ft x 4ft.

Click on the map to use interactive features that allow you to read some of the hidden text. You may also enlarge map to full screen. 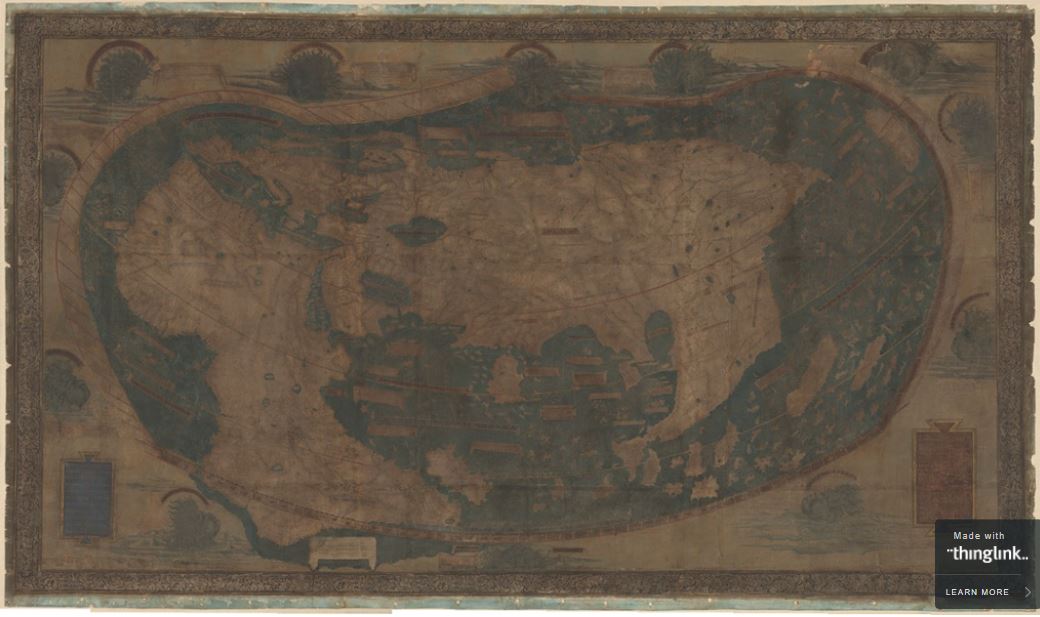