How a Wind Turbine Works 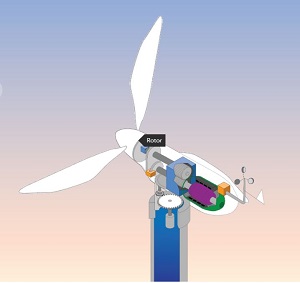 Click on image to see interactive features and read the entire article. 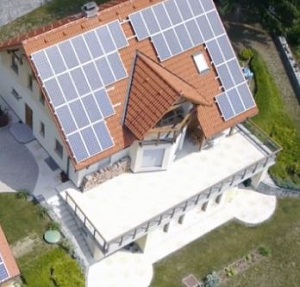 Click on image to view video from Department of Energy and to read the full article.

Solar power is energy from the sun that is converted into thermal or electrical energy. Solar energy is the cleanest and most abundant renewable energy source available, and the U.S. has some of the richest solar resources in the world. Solar technologies can harness this energy for a variety of uses, including generating electricity, providing light or a comfortable interior environment, and heating water for domestic, commercial, or industrial use.

There are three primary technologies by which solar energy is harnessed: photovoltaics (PV), which directly convert light to electricity; concentrating solar power (CSP), which uses heat from the sun (thermal energy) to drive utility-scale, electric turbines; and solar heating and cooling (SHC) systems, which collect thermal energy to provide hot water and air heating or conditioning.

Solar thermal power/electric generation systems collect and concentrate sunlight to produce the high temperature heat needed to generate electricity. All solar thermal power systems have solar energy collectors with two main components: reflectors (mirrors) that capture and focus sunlight onto a receiver. In most types of systems, a heat-transfer fluid is heated and circulated in the receiver and used to produce steam. The steam is converted into mechanical energy in a turbine, which powers a generator to produce electricity. The map below shows total annual solar electricity generation in each state from utility-scale solar power plants 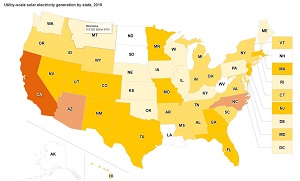 Wind is caused by uneven heating of the earth's surface. As portions of the earth are heated by the sun, the heated air rises, and air rushes to fill low-pressure areas, creating wind. The wind is slowed as it brushes the ground so it may not feel windy at ground level. However, the power in the wind might be five times greater at the height of the blade tip on a large modern wind turbine.

Proponents of this type of energy say that it is nonpolluting, plentiful, and renewable form of energy that can meet the energy needs of the world. With the amount of wind flowing across the United States, it could theoretically meet all our electricity needs using today's technology to harness Others argue that the noise the turbines create can cause headaches in some people and even death in some animals, including goats and wildlife. . 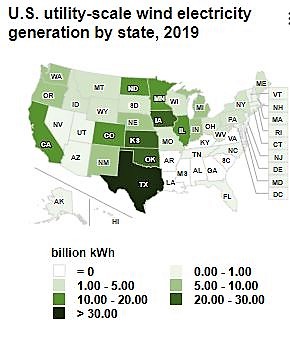 The solar and wind stations are scheduled for the next phase of the Sustainability Learning Lab. This page will be updated when they are built.