Immigration involves moving to a new country with the intention of settling there permanently after leaving one's country of citizenship. The United States has more immigrants than any other country in the world. Today, more than 40 million people living 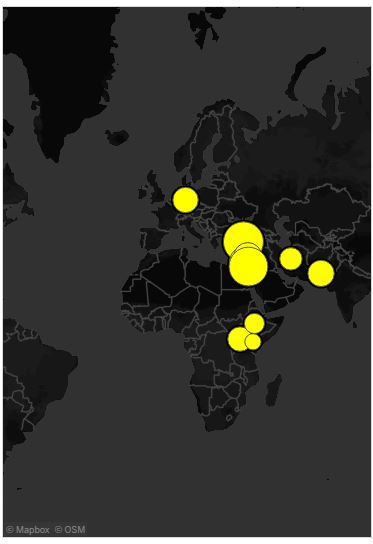 This map displays which countries report refugee populations greater than 500,000 in each decade since 1960 and in 2015 and 2017.
Click on image to view data,